Try, Try Again: Hiro not giving up on listing

Try, Try Again: Hiro not giving up on listing

This article originally appeared in ‘The Australian’ (23/09/23), written by John Stenholt 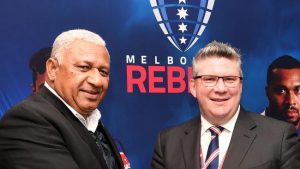 It is harder to figure out which is a tougher task at the moment: float a company on the ASX during an IPO drought, or finally wrest the Bledisloe Cup off the All Blacks after 20 years of trying.Paul Docherty has been desperate for both to happen, as a key figure behind the recent float ­attempt of Hiro Brands and a significant powerbroker in Australian rugby union as chairman of the Melbourne Rebels.

As was the case with the Wallabies a little over a week ago in Melbourne when Australia just lost to New Zealand in the closing moments of the match, Hiro has been close but not yet close enough to becoming a public company on the ASX.

In both cases, it has not been for a lack of trying. 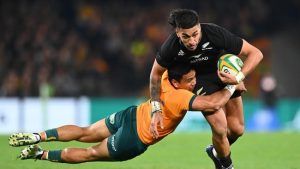 So near yet so far, Australia stumbled at the final hurdle against the All Blacks in their latest Bledisloe Cup encounter. Picture: Getty Images

Hiro management met with more than 50 potential investors in Sydney, Melbourne and Perth, held discussions with billionaire Andrew Forrest’s investment firm about a private sale, received a couple of “low ball” offers during their investor roadshow, delayed a bookbuild, recut its pricing and then hit pause.

On Friday afternoon, Hiro confirmed it was abandoning its float for now, two months after the home and personal care products roll-up chaired by ex-Myer chairman Garry Hounsell hit the road to drum up interest from investors in late July ahead of what it had hoped would be a $100m business on the ASX.

During that time came a string of meetings and events that encapsulate the skittish nature of capital markets and the rollercoaster ride an emerging company with public ambitions has to take to gain any traction with investors at the moment.

“We knew the listing timing was tough but we were governed by the bureaucracy of the process,” Docherty tells The Weekend Australian. “Equally, it allowed us the opportunity to pitch this amazing business to the market and create different funding options for the future of Hiro”. 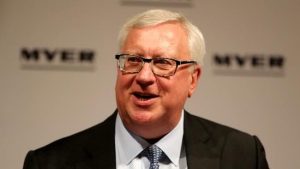 Docherty reveals Hiro, which brought together consumer and household cleaning products manufacturer Aware Environmental and cosmetics and beauty products marketer and distributor Heat Group in deals undertaken by Docherty’s private investment house BRC Capital in the past two years, will now try to float on the ASX in 18 months.

Instead of the public markets, Hiro has now raised $27m from private sources to fund its expansion, pay down debt and buy it time to hopefully go public by 2024.

The money is coming from existing Hiro shareholders, including Docherty’s BRC Capital, a new debt facility with ASX-listed small and medium enterprise lender Earlypay and a series of convertible notes raised through Melbourne investors and boutique fund managers.

It is all aimed at returning to the public markets in about 18 months, when Hiro management say they will have a consolidated business with at least $150m in annual turnover and solid growth prospects.

“We will be a significantly larger business then, and it will be when markets will have settled. And it will come when management has had time to show their credentials,” Docherty says.

“The key factor in securing that new equity into our business was the growing demand for our customers and governments to embrace the onshoring and ­sovereign manufacture in key ­industries.

“Australia imports 60 per cent of the $7bn worth of the types of products Hiro produces. With global supply lines becoming increasingly fractured, plus regional geopolitical uncertainty, we think Hiro can be well placed to replace those imports.”

There’s been no lack of preliminary interest and big names kicking the tyres of the business. Management had several meetings with executives at Forrest’s Tattarang, with a view to selling another business to add to the billionaire’s growing collection of local brands such as RM Williams and Harvest Road. A smattering of other big names, including Phil King’s Regal Funds Management, Ellerston Capital and Investors Mutual, were among the inventors Hiro pitched to. 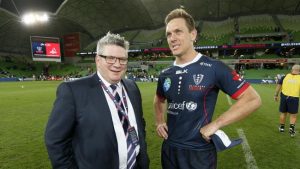 Paul Doherty in his guise as chairman of the Melbourne Rebels.

Two main pieces of feedback resulted: investors were worried about the lack of financial forecasts in the prospectus, and there was a lot of work Hiro had to do, including consolidating manufacturing on one site in Melbourne, a relatively new management team and launching new products.

While Hiro pitched itself as a “mini Proctor & Gamble”, investors were more concerned about a comparison with struggling ASX-listed BWX. A beauty and wellness group, BWX halted trading in its shares earlier this year and returned to the market with an earnings downgrade and a $23.2m capital raising from new investors, including Forrest’s Tattarang.

Equally, investors could not quite get their heads around the prospect of the importance of onshoring manufacturing if, for example, global supply chains were hit hard by any Chinese action in Taiwan or the escalation of the Ukraine war. But they were impressed that about 80 per cent of the raw materials Hiro uses is sourced from within Australia.

Docherty says Hiro, which raised $10m in a pre-IPO round late last year from investors such as Lyndsey Cattermole and the Myer family, was also hit by some poor timing.

“We’d originally gone to the private market to pitch [for more investment] but we couldn’t get meetings,” he says. “So we first made the strategic decision to go to the [public] markets in October 2021, when the listing market was in a frenzy.

“Then you hit the bureaucracy of the process and dealing with ASIC and the ASX. We were going to list in March, then May, July, August and now here we are in September.”

The private funding Hiro has now secured means it can consolidate all its manufacturing on one site in southeast Melbourne, after previously operating across three, clinch deals to sell its existing brands into new markets and expand into supermarket and pharmacy chains.

“There is demand for our products, which is a lovely problem to have. But you need to be able to capitalise on that,” Docherty says.

“We’re only putting this thing (the ASX listing) on pause, and then we can launch when the opportunity is right. It is just about picking the timing of the market.”